When he created Marineland in 1970, Count Roland de la Poype set himself the task of sharing marine animal life with a wide audience: "At that time, dolphins, like killer whales, elephant seals and seals, were just wild game. Hunted for their fur, oil or meat, they were slaughtered with general indifference. I created Marineland to raise awareness."

As soon as it opened, the marine zoo created a space for injured or exhausted birds. There they were cared for and fed before being released back into the wild. In July 1976, an orphaned grey seal pup was entrusted to Marineland, the only suitable structure, so that "Chouchou" could join other seals and live a more suitable marine life. This seal then lived peacefully for some thirty years in Marineland, which, from the outset, wanted to fulfil its mission of preserving species.

Breeding skills developed in the 1980s

During an expedition to the Kerguelen Islands in 1985-1986, King penguin eggs were collected by a scientific team from the French Southern and Antarctic Territories. These eggs, having been laid too late in the sub-Antarctic season (in May whereas the laying period is between January and March), were doomed. It was decided to bring them back to safety in an incubator, then transfer them and hatch them at Marineland. Out of 52 eggs, 23 hatched and 18 chicks were viable, a chance for these birds and a clear success for a pioneering expedition in the field.

The first viable baby sea lion was born at Marineland in 1989. It was a small female Patagonian sea lion. Marineland then developed the breeding of Californian sea lions and then that of many other species. In the aquarium sector, Marineland is now a benchmark for the natural reproduction of certain sharks and tropical fish. In 1999, Marineland successfully completed all stages of grey shark reproduction, from mating to giving birth to viable offspring. Since then, more than 200 baby grey sharks have been born in Antibes and populated aquariums around the world, saving them from being taken from the wild. Marineland is also the first marine zoo to have successfully completed the life cycle of the Loggerhead turtle.

Providing a home for wildlife is a great responsibility.  It involves providing an environment that encourages the natural reproduction of the resident species, not only to ensure their wellbeing but also to ensure the conservation of their fellow creatures in the wild. (link to Breeding Skills page).

Creation of the Cetacean Research Centre in 1998

In the 1990s, Marineland distinguished itself in a new field, that of Research, and equipped itself with a permanent scientific facility. It is one of the very few private facilities in Europe to have done so. The CRC is mainly focused on the study of Mediterranean cetaceans and scientific programmes are carried out all year round in the wild, but also with the animals of the zoo. This research has increased our knowledge of the ecology of dolphins and whales, and thus ensured better protection for cetaceans. The themes studied are numerous, including the presence of species, migration zones and population abundance. These studies contributed to the creation of the Pelagos Mediterranean sanctuary for marine mammals in 1999, a maritime area of 87 500 km² between France, Monaco and Italy.

Veterinary clinic and the Marineland Foundation in the 2000s

The health of the animals has always been a priority for the animal teams at Marineland. For 38 years, the marine animals were cared for by a veterinarian who came specially from Great Britain based on the needs and care required. In 2008, Marineland acquired a specialised facility, namely a veterinary clinic with modern technical equipment. The veterinarian and his team, all wildlife specialists, ensure the daily monitoring of the animals and implement and supervise preventive health and safety protocols. They also check the hygiene and the food of the resident animals and, of course, their medical care. (link to page Keepers and veterinarians).

In 2010, Marineland took a new step in its species conservation and public awareness-raising mission. The zoo created its Foundation in order to develop projects of general interest, focused on the marine world and its inhabitants. Conservation and rehabilitation programmes for endangered species are being carried out thanks to the Foundation's activities. The projects are organised by the Foundation or in conjunction with other partners.

In 2011, this organisation changed its status and became theMarineland Association as it is known today.

Its purpose is to develop, promote and encourage the conservation of animal species and the raise awareness of the marine environment amongst the general public. 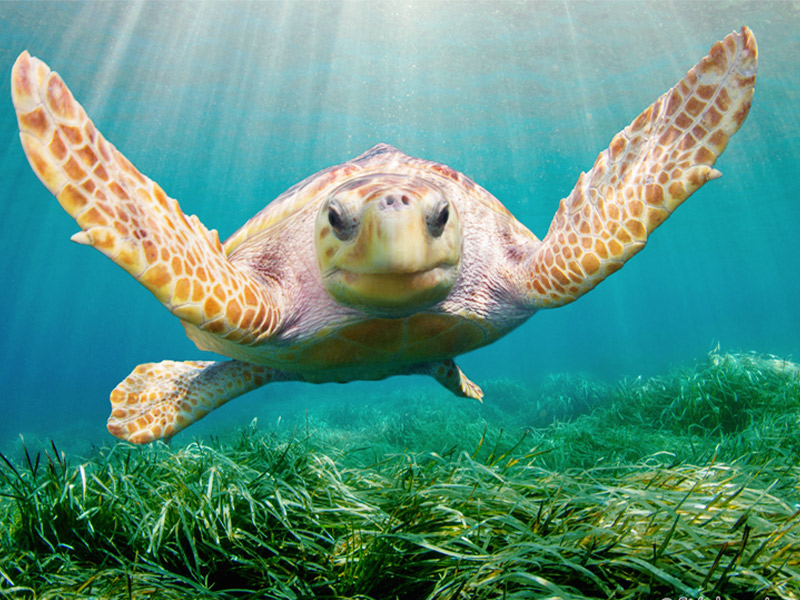